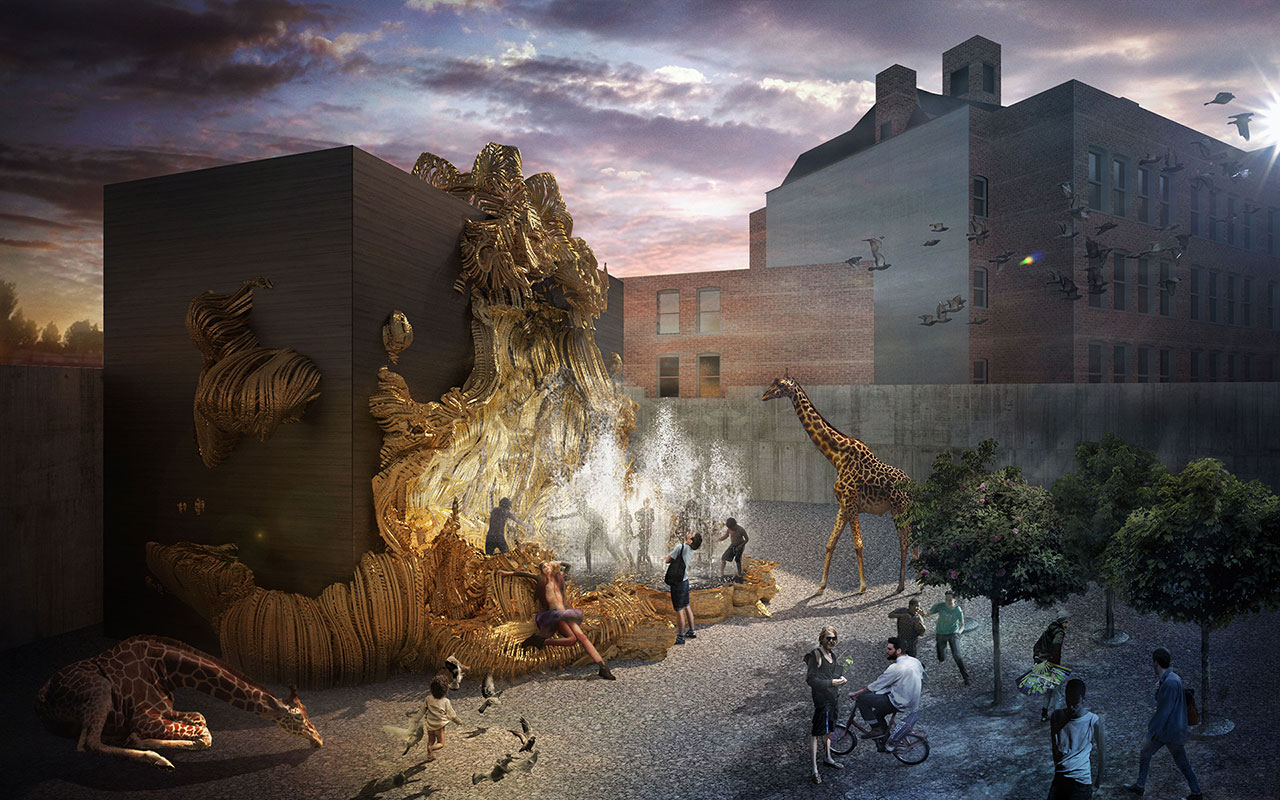 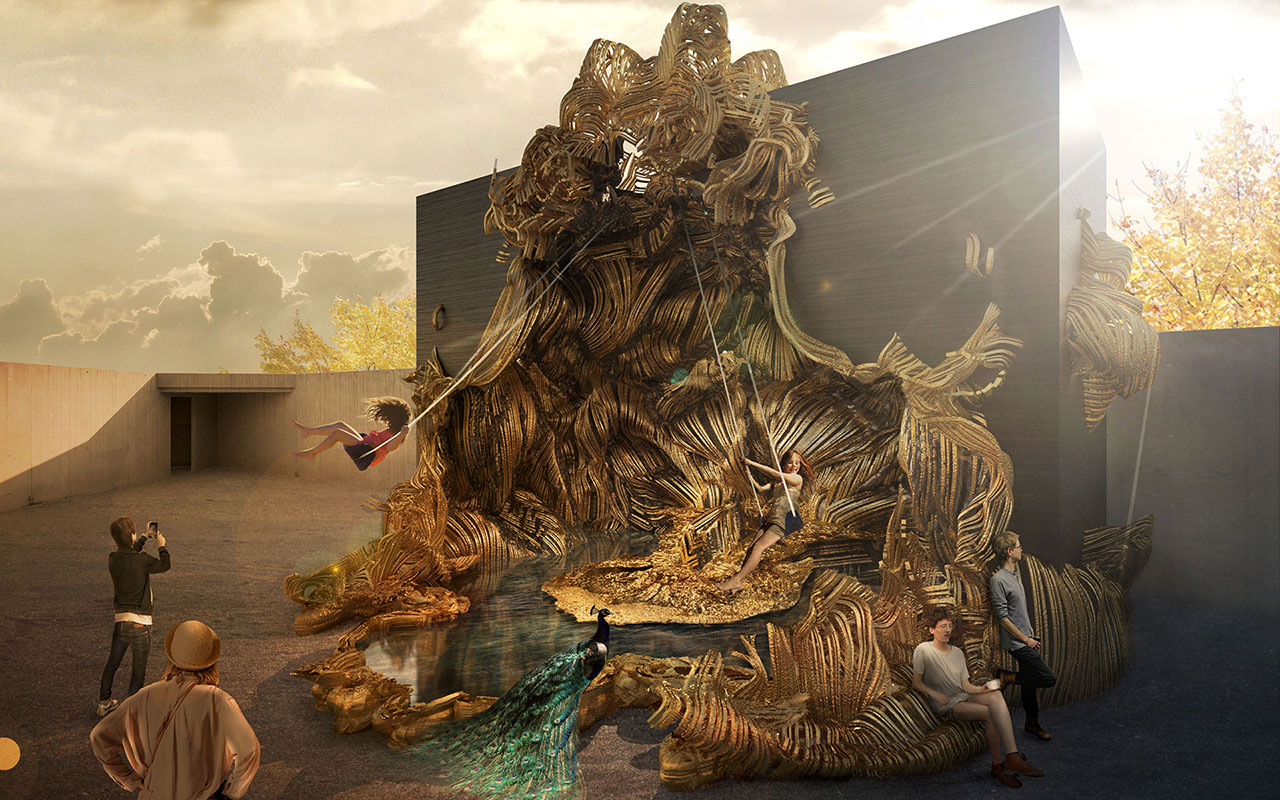 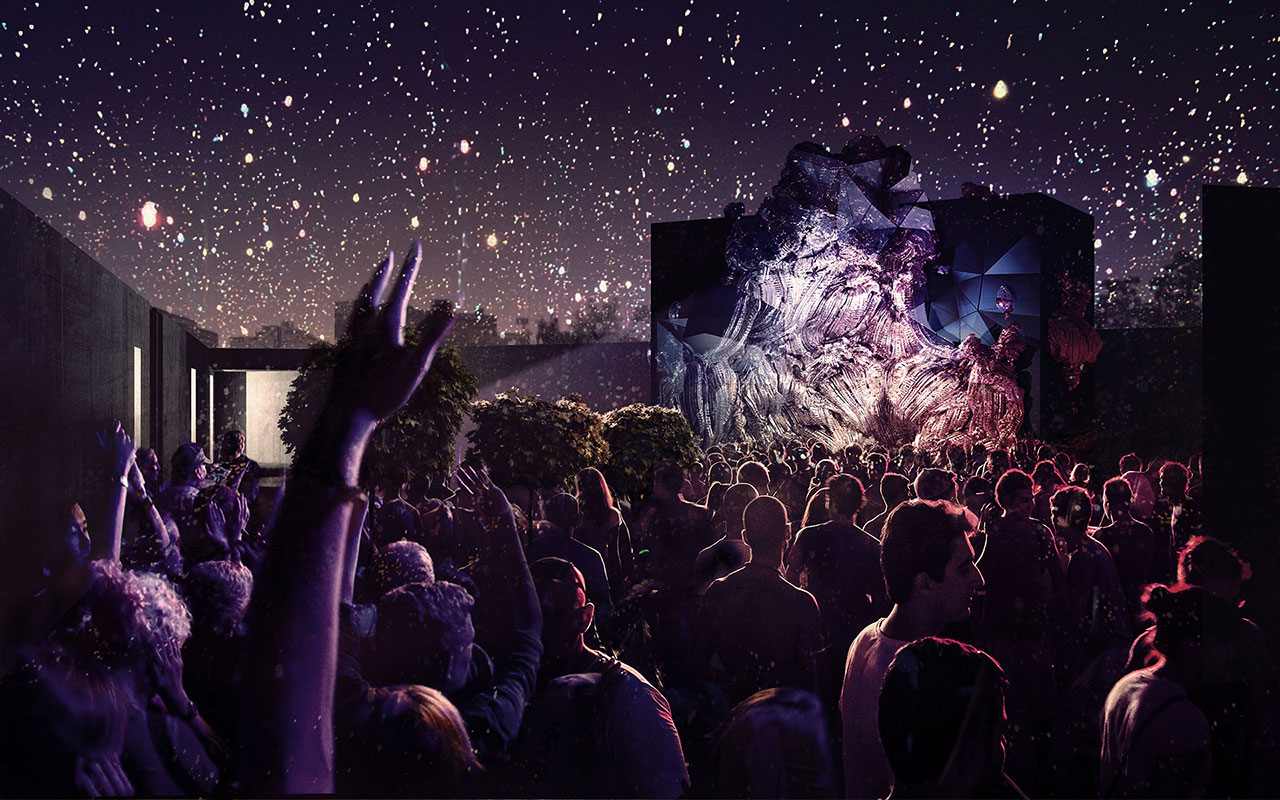 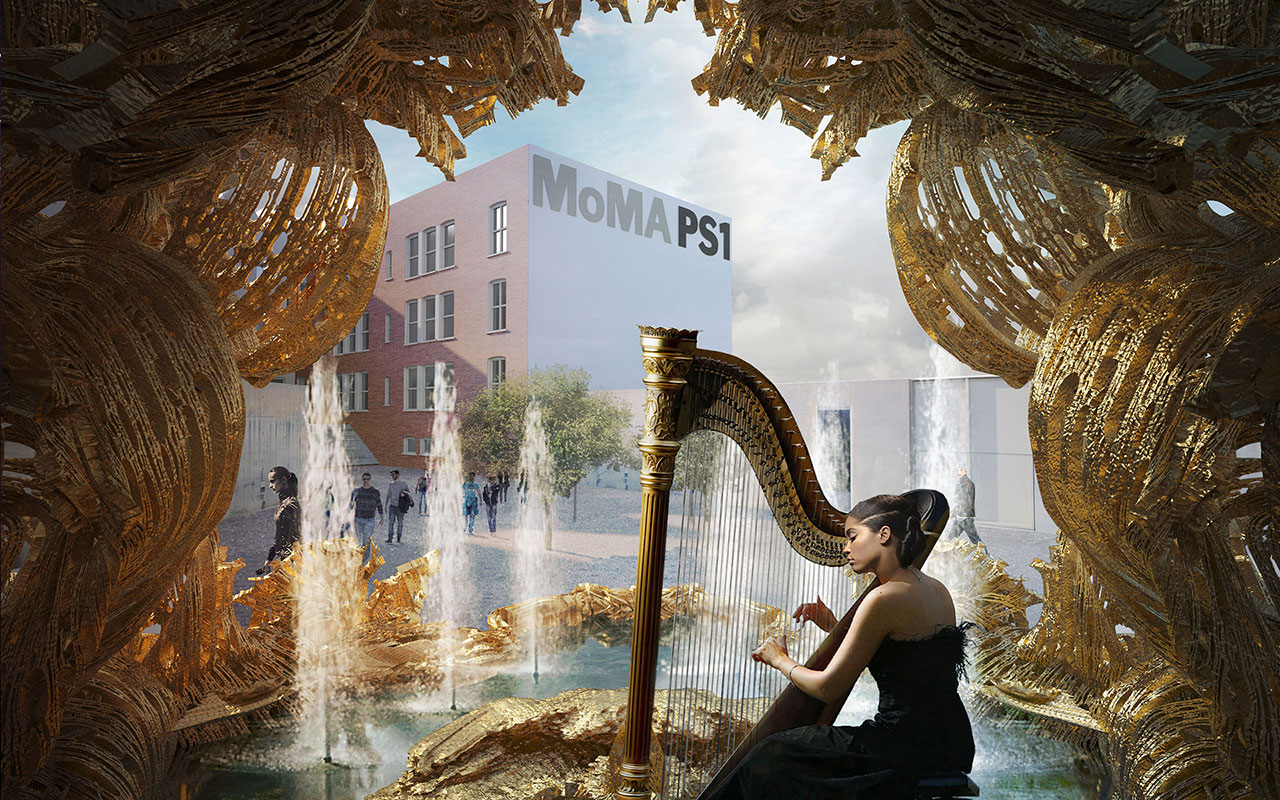 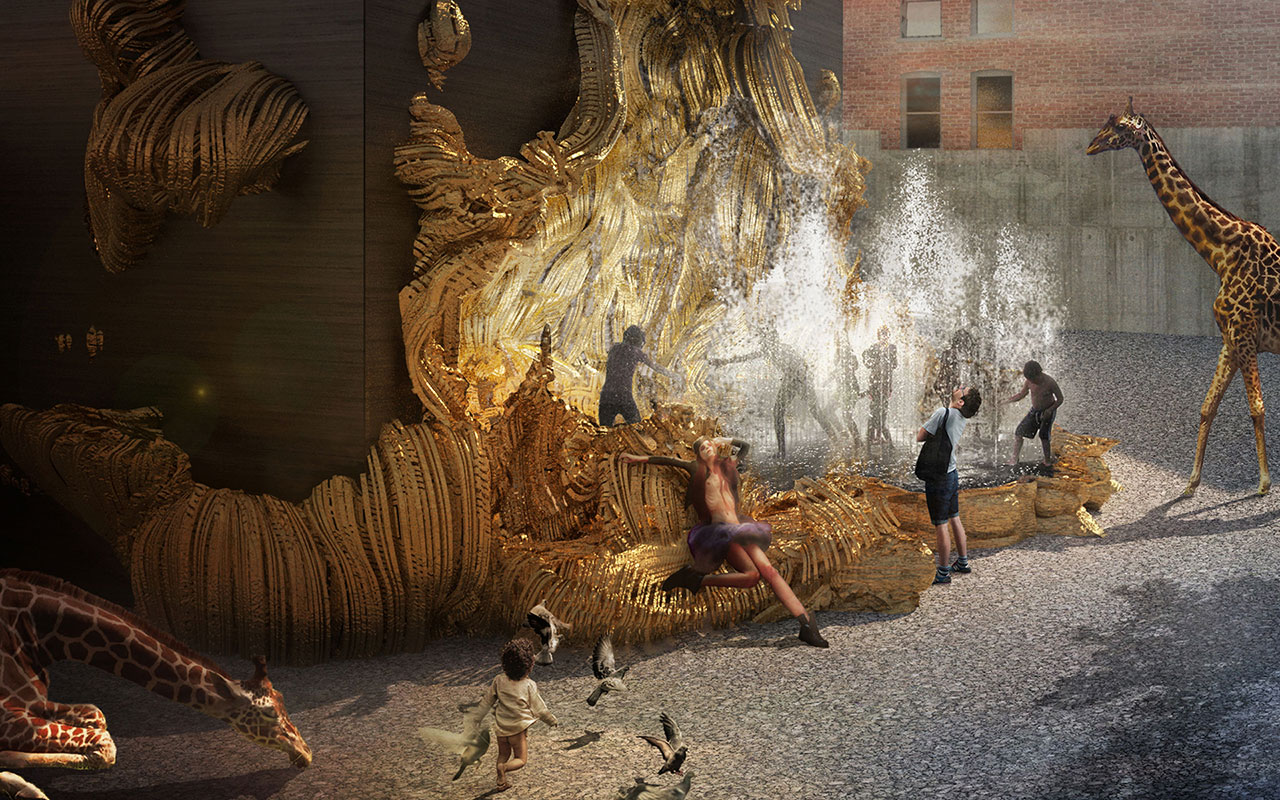 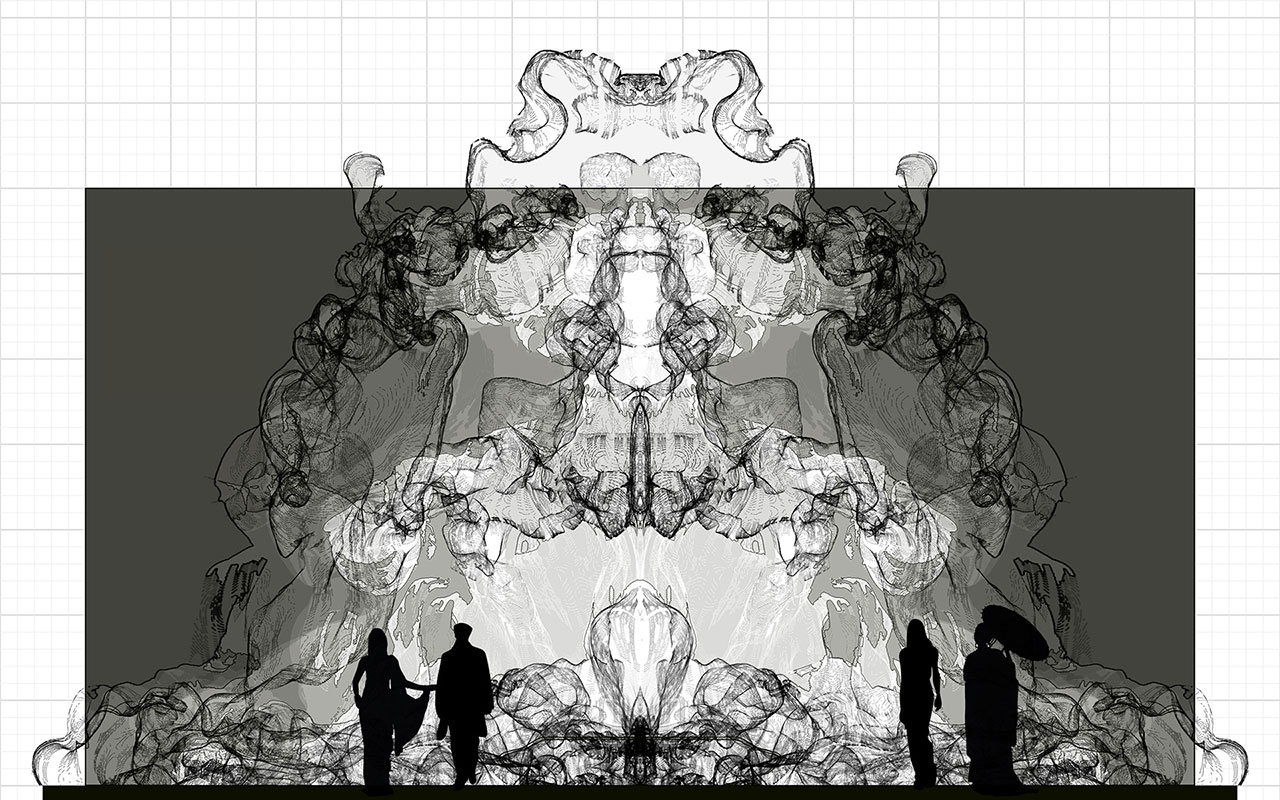 Phenomena at PS1
Previous Next

Architecture should surprise, excite, and irritate. Phenomena is an experimental folly that addresses not only the mind, but all the senses - viscerally. As both an intellectual and a phenomenological endeavor, Phenomena should be judged by the experiences it generates. Phenomena evokes curiosity and encourages visitors to interact with it: to touch it, dive into it, get lost in it, and ultimately to become part of it.

Phenomena deﬁes classiﬁcation and elicits individual interpretations. It is at once a performance space, an ornate fountain and a highly articulated projection screen.

During the day, its reactive surface engages with the greater courtyard and street by projecting sound, reﬂecting light, casting shadows and spraying water and mist. At night it transforms into an oversized 3D display for video-projection artists. Up-close, Phenomena stimulates visitors with its complex curvatures and extreme resolution: millions of differentiated facets unfold in space, creating an architecture of a thousand unique perspectives.

Phenomena forecasts an exuberant architecture in which the exceptional supersedes the standard. As both stage and event, Phenomena invites people to celebrate a summer full of joy and wonder.

The Museum of Modern Art and MoMA PS1 jointly host the annual young architects competition to a design and build a temporary installation at the PS1 museum in Long Island City. The objective is to provide visitors of the summer Warm Up parties with an outdoor recreational area and an urban refuge.

Phenomena is a finalist in the 2015 competition.